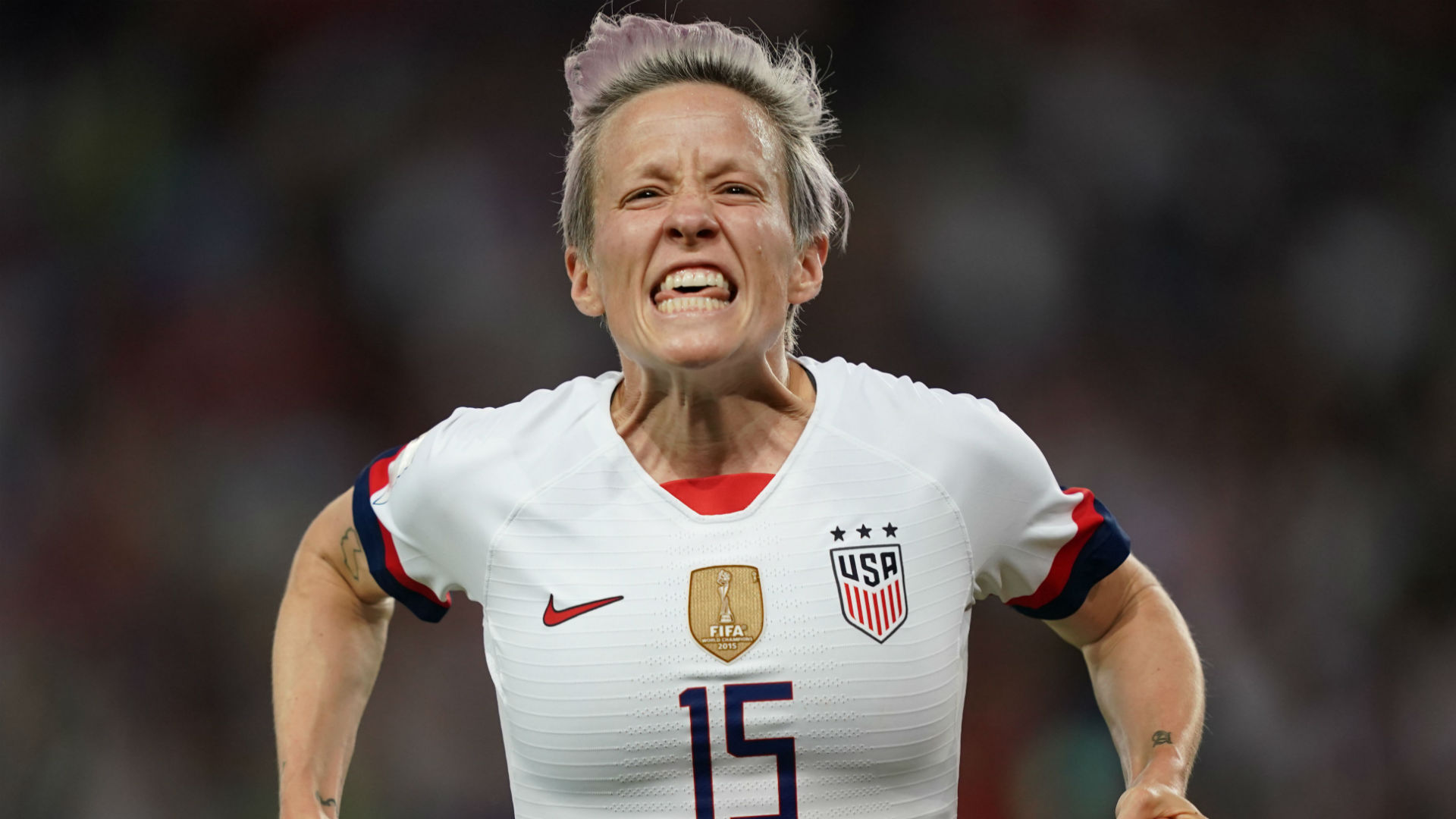 The U.S. forward netted both of her teams goals against France, clinching a place in the World Cup semifinal

Megan Rapinoe has said her two-goal performance against France carries extra meaning for her because it was during LGBTQ pride month.

Rapinoe hit France for a pair of goals in a 2-1 World Cup quarterfinal win, taking the U.S. into the competition’s last four.

The 33-year-old came through under intense scrutiny, as her feud with U.S. President Donald Trump has dominated headlines this week.

Rapinoe, an outspoken advocate for LGBTQ rights, has said that Trump’s administration “doesn’t fight for the same things that we fight for.”

The USWNT star delivered the perfect riposte to Trump on Friday and after the game, she emphasized that her performance meant even more having come in June.

“Go gays!” Rapinoe exclaimed while flashing a peace sign. “You can’t win a championship without gays on your team, it’s pretty much never been done before ever. Science, right there,” she said with a laugh.

Rapinoe insisted that her feud with Trump didn’t give her extra motivation, but fighting for those who are on her side did.

“I’m motivated by people like me and people who are fighting for the same things,” she said. “I take more energy from that than trying to prove everyone wrong all the time. That’s sort of draining to me.

“So yeah, to be gay and fabulous during pride month at the World Cup is nice.”

Rapinoe’s manager Jill Ellis was full of admiration for her team’s star and unlike Rapinoe, Ellis believes that the forward was indeed extra motivated by the controversy surrounding her spat with Trump.

“She’s a very experienced, eloquent person,” Ellis said of Rapinoe. “I would just point to the performance tonight and say if anything this stuff just … pushes her forward.”

Throughout the entire controversy, Rapinoe has continued to have the backing of her teammates. After a performance like Friday’s, it’s easy to see why.

“Megan is an absolute baller,” defender Kelley O’Hara said. “She does all she needs to do, she gets the job done and she rises to the occasion every time.”

Sat Jun 29 , 2019
The manager, fresh from leading Spurs to the Champions League final, says that the club president handles transfer business but expects to strengthen Tottenham manager Mauricio Pocchettino has conceded that he does not set the agenda in terms of transfers at the club, saying chairman Daniel Levy has the wheel […]